Contrary to what many may think or believe, fintech has been in existence since the 1860s. The history of fintech has been dated back to 1886 and since then, it has undergone a lot of evolutions and advancements over distinct eras.

Fintech has evolved in the last few years from traditional banks to online banking, and mobile payments platform which has made financial services faster, more secure, and easier to use. This is due to the creation of apps, software, and platforms which has to offer the best financial services.

Today, banking services have become completely digitalized, and this has made it possible to invest, save, borrow and transfer funds without going to the bank.

Fintech can also be referred to as a technology that offers technology-enabled financial services. 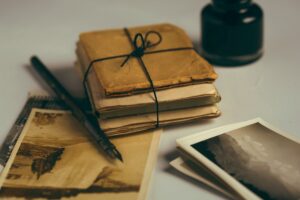 Since the beginning of Financial technology in the 1960s which was marked by the development of the Pantelegraph by Giovanni Caselli, Fintech has evolved over distinct eras and in every era, technology played a key role. Each era has key events that we can identify.

By learning about the history of Fintech and its evolution, it will be easier to understand where these technologies are currently headed.

This era involves the creation of infrastructure that supports globalized financial services.

The key events in this era are the ability to make financial transactions over a considerable distance and the development of the first transatlantic cable(1866) and Fedwire in the USA (1918), the first electronic fund transfer system. This made electric fund transfer possible through the use of the telegraph and Morse cord.

Credit cards that reduce the need for payment in cash were also brought in the 1950s.

This era of financial technology marks the shift from analogue to digital and the establishment of banks.

In 1967, the first ATM was installed by Barclays and the first handled calculator was also introduced.

In the 1970s, NASDAQ, the first digital stock exchange and SWIFT(Society for Worldwide Interbank Financial Telecommunication) was established.

During the 1980s, there was a rise in bank mainframe computers and the growth of online banking which become fully digitized by the beginning of the 21st  century.

In 1998, PayPal was launched, and this marks the beginning of a new online payment System.

In 2009, Bitcoin was released and this led to the introduction of other cryptocurrencies and blockchains.

Google pay formerly known as Google wallet was developed and released in 2011. Google pay is for smartphone users to pay others and businesses through its mobile application.

Financial technology now comprises different sectors, some of which include;

Fintechjob.io is a dedicated Fintech job board specialising in the Fintech industry. Check out the latest vacancies here.