As ever the FinTech Industry continues to evolve and change. New European Rules introduced set to drive an increase in the Authentication required of customers has resulted in 20% of all contactless payments being blocked following their introduction. While this hampers the contactless revolution, companies such as Google and Apple have made the most of the new changes. 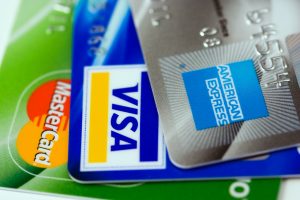 Customers from leading banks such as Starling and Monzo will have received notifications of the new rules. After every 5 contactless payments or once a certain value has been reached – STG£135 in this case – your card will be declined and you will be asked to enter your PIN number. This change which came into effect on the 14th September 2019 is likely to cause much confusion among retailers and consumers alike as most will be unaware of the changes.

The PIN check will appear as a randomly rejected transaction and may put people off using contactless payments if they are unaware of the rules.

Disruption will be highest in Big Cities such as London, Dublin, New York (NYC), Washington, Madrid, Paris, large cities in Germany, Portugal, etc as they attempt to cope with these new EU rules.

The new EU laws affecting financial technology are part of a drive to increase the security of payment and crack down on fraud. This new European regulation will not only affect Digital Banks but all Banks.

There are some exemptions however, which include unattended payment terminals like those used on public transport or in car parks.

Google Pay and Apple Pay transactions are also exempt due to the existing biometric security involved in making those payments.

Strong Customer Authentication or SCA could well be a boost for the adoption of these type of digital wallets.